Kids just love playing What’s The Note Mr Wolf? Note Value Guessing Game – And it’s such a good lesson too! Combines note recognition and time values with role play and a game of chase at the end!

What’s the no-te Mr Wolf?  Tell us, tell us please!

( can be chanted or sung to “Who’s Afraid of The Big Bad Wolf?” from the old disney cartoon) 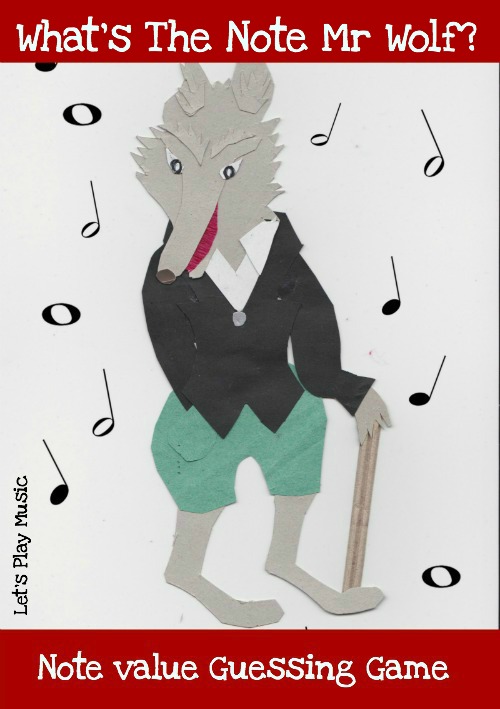 This is such a fun note value guessing game, inspired by the old favourite ‘What’s the Time Mr Wolf?’ The principle is much the same, except instead of counting and stepping according to the hours around the clock, the number of beats to each note value determine the number of steps you should take.

How To Play What’s The Note Mr Wolf

The children get so involved with the catching and chasing element of the game that they don’t realise that they are learning to recognise and name the music notes and how many beats each one is worth. The game can also be easily adapted to keep it very simple for younger children by only including simple crotchets and minims,  or it can be made more challenging for slightly older kids by calling out more than one note at a time like “2 crotchets and 2 minims”.

Either way the kids love it and will want to play it over and over again! This activity also works well with the 3Little Pigs  story telling activity to add a bit of movement to a wolf themed lesson.