You are here: Home / Seasonal Activities / I Can Sing A Rainbow: Circle Game

With St Patrick’s Day coming along soon, here is a lovely circle game to go with the popular song ‘I Can Sing a Rainbow’. It’s perfect to fit in with a St Paddy’s/ Rainbow theme but as it’s such fun the children will probably want to play it at any other time of year too! 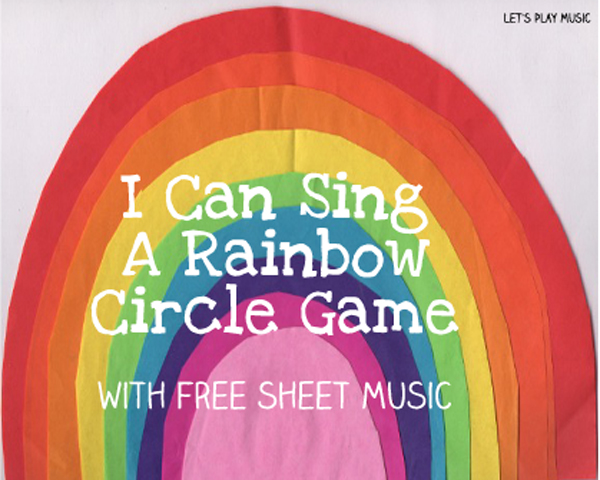 Most children are familiar with the well known song “I Can Sing a Rainbow”. It’s a great favourite and brilliant for learning colours.

Red and yellow and pink and green,

Orange and purple and blue,

Listen with your eyes,

Listen with your ears,

And sing everything you see,

I can sing a rainbow,

Sing a rainbow, sing along with me,

Red and yellow and pink and green,

Orange and purple and blue,

Print off I Can Sing A Rainbow sheet music

How To Play The I Can Sing A Rainbow Circle Game

And while we’re talking about rainbows, here’s an all time favourite of mine! ☺️